A housewife is a woman whose work is to manage her family home. The work managed by her is- housekeeping, caring for children, husband, and other family members. 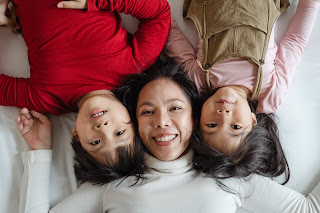 Storing and buying glossaries, cooking food, and cleaning cloths for the family members.

She keeps up to date and organizes all the stuff in the house. To feel family members please, prosper, and keep the wretches away from the family.

Why I give the heading housewife: a deprived section of women community.

“The housewife is an unpaid worker in her husband’s house in return for the security of being a permanent employee: hers is the reductio ad absurdum of the employee who accepts a lower wage in return for the permanence of his employment. But the lowest paid employees can be and are laid off, and so are wives. They have no savings, no skills which they can bargain with elsewhere, and they must bear the stigma of having been sacked.” Germaine Gree

We all talk about how women will perform excellently in every sector. Today women join shoulders with men. She is working in every field in which it was once thought that she could not work.
But they do it. We introduce them as the best pilot, the best CEO, the best doctor, and the best actress. But never introduce as the best housewife. Who is the mother of all these best? Who is the originator of power? The most powerful part of the women’s community.
Despite being the most powerful, they have to face neglect. Maybe anyone makes scientists, doctors, engineers, and manger. The first teacher is his mother. And she is a housewife.

Some of the lessons taught by her in our childhood, her values ​​, and her methods stay with us throughout life and help us to move forward and find success.

Even the women, who are housewives, do not introduce themselves with confidence. That she is a housewife. Because they feel shame. I recognize this because of one incident in my personal life.
My wife is a housewife and well manages my family. One day my parental aunt comes to my house. My wife engages all day in her hospitality. At the night, when we all are at the dining table.
She compares her daughter-in-law with my wife. And start discouraging my wife. Her daughter-in-law is a working woman. So, in simple words, she wants to tell my wife that her daughter-in-law is best than my wife.
I have no problem with that. Her daughter-in-law is the best woman. But my objection is to the comparison with my wife. And instead of appreciating my wife for her care, she discourages my wife.
So when I deeply thought about this topic. I found that this type of mindset is not only for my paternal aunt. But this mindset is prevailing all over society.
Then I start my introspection. I found I also have this type of thought. If we meet with any women. Who is a working woman?
We assume that she is more intelligent. And used to with outside environment of society. Efficient in management, financially self-independent, and confident. But the housewife does not do this.
But when we closely evaluate the work and responsibility of a housewife. We found that housewife is like one man’s army. Which fight on various fronts.
Like, she doing housekeeper. Start dusting, laundering, and buying vegetables and glossaries for the home. Afternoon her role changes as a cook for lunch. She welcomes children with his motherhood and engages herself with them.
In the evening she welcomes her husband with a great smile and a cup of tea. She spends some time with him. And talk about how he spent the whole day.

“All work and no pay makes a housewife.” Evan Esar

At night she cooks food for the family. And she is the last person in the house to go to sleep. This means her routine is first to arise and last to sleep. If I am not wrong. This is the schedule of housewives all over the world.
So for clear understanding, I take the example of a woman as a doctor. What is her responsibility? Go to the clinic. Counseling with the patients to prescribe the medicine. And for this, a fixed timetable of the doctor is clipped on the notice board of the clinic.
She as a doctor only meets in that prescribed time. For their service, they charge a fixed amount of money. And greeting the patients. When the patient has okay. Or as a doctor, she found recognition and respect in society.
So for one role of women we give her greeting, respect, and money. On other hand, a woman is a housewife in a different role and works 24×7.
What we give her is secondary feelings, negligence, disdain, and comparisons.
This is discrimination against one section of the women’s community. By society, family, and women’s community itself.

“To be a mother, a housewife, never cost me any sacrifice – I savored every minute of those years.” Indra Gandhi

The regions behind the discrimination. Which we will discuss further. But first, we know about the role of the housewife in the family and society.

Role of housewife in family

1. Housewife as a constructor of the house-

She is the rope or link that binds the family-like bouquet. Which gives fragrance when the flower is bound to the bouquet. She works as a network router to pass information between family members. And solver of all the problem

2. Housewife As a companion-

She always firmly stands behind the family and her husband. In the wretches and worst condition. Help in making the right decision by husband. As a partner share the family responsibility.

3. Housewife As a teacher and friend of children-

The mother is the first teacher of the children. Which teaches primary lessons of life. The impact of mother teaching always is with children as a blessing. She hides all the secrets of children from the father as a best friend.
Especially with girl Childs. Because they have some biological obligation. In which the mother shares his own experience and makes confidence in the child

4. Housewife Five-star chef of the house-

Decorate the dining table with various recipes. According to the demand and likes of each family member. Not in one meal but in the various meal.

The dusting of the house and other various roles she played. A housewife from morning making the first cup of tea to tonight washing the kitchen for the next day.
Work for family well-being. In return for that, what we give. Is the matter, on which we deeply start to think.
This discussion is not new for anyone. Everyone experiences this in his family life. And everyone accepts that they are not given or found that recognition or appreciation in their family. For which they deserve.
Above we discuss the role of housewives in the family but they also play role in the upliftment of society.

Housewife’s role in the upliftment of society.

Housewife As a teacher, she introduces the children to the world. And gives her beliefs about social binding, morality, attitude, and values. Which help the child to encounter the world wretches.
In the development of all the successful personalities. The role of the mother as a housewife never be rejected. This means a housewife is a gardener and the child is the plant. Which she grownup. This means she gives valuable assets to society or his community.
Housewife As best companion or partner. she releases the stress of his partner. Help in decision making and firmly stand behind his partner.
These all help to decrease mental diseases in society. Because of the confrontation between the husband and wife or house quarrel. Increase the incidence of suicide in men.
Divorces, suicides, and mistrust is the demon penetrating our society. Restricted by the help of the best companion or partner on which you have trust

“Religion is preserved by wealth; knowledge by diligent practice a king by conciliatory words; and a home by a dutiful housewife.” Chanakya

So as a housewife, she has the power to uplift his partner’s mental level, satisfaction, and trust. That’s why she is productive for society. And if the household of society or community is happy and satisfied. The whole society may prosper
The reason behind the discrimination is our mindset.
Which is the prime culprit. Whenever we do not scale up our mindset bout the housewife. Our belief will be struck down in the belief of back 50s. We progress but our mindset does not.
The demon of patriarchal society. This is the thought which makes men a superior race to women.

We went ahead. We have made a lot of progress. But our thinking never progressed. We still consider women as second-class.

we will not be able to do anything for them. Unless the men of every house do not change their mindset. That the women of our house are our equal partners. They have the right to participate and perform in every work of the house. Her decision in the house is as important as that of a man.

Why housewife: A deprived section in women’s community.

First, they are fragments
Second, she does not believe that housewife is also a profession like another. So they have to fight for themselves. Because for seeking the right you first raise your voice.
Third, we never recognize the role of a housewife in society. We all know that but never accept it. We recognize as doctor teacher, engineers, and in different professions But as a housewife never.
The Women’s community itself is responsible. When you take into from women. In the introduction, she intros herself to the profession she belongs to. And if she is a housewife. She put off the question.
his mentality is not found in only those who are housewives and not added to other professions. But also in working women.
They work as a professional and hesitates to describe their housewife responsibility.

So the time has come to change our mentality from old to new. Change patriarchal society into a matriarchal society. Housewife raises their hand and voice for their right.
Women communities will be integrated and put their demands. Society gives them recognition and respect. And introduce yourself as a housewife by profession loud and clear.

“To be a housewife is a difficult, a wrenching, sometimes an ungrateful job if it is looked on only as a job. Regarded as a profession, it is the noblest as it is the most ancient of the catalog Let none persuade us differently or the world is lost indeed.” Phyllis McGinley

So I concluded my article with hope. That I put my view clear and understandable. Which helps people to understand the disparity. Which the housewife goes through.
The condition of gender equality is not hidden from anyone. From which whole women communities face the wretches.
And at that time disparity in women’s community work like the last nail in the coffin. So give a housewife the status to which she is entitled.
Best of luck.
Related story:

20 questions you should know about your partner.

What is negativity bias? And how to correct it?

4 tips that help to understand your true value and self-worth.